“This is a hot topic and a lot of people want to be in it. I just felt like I could do it. I know the city, I know the neighborhood.”

Tomas Gonzalez reconnects with Jamaica Plain as he prepares for the opening of its first cannabis store in 2020. Their first job fair will be in collaboration with JPNDC!

Tell me a bit about your background.

Tomas: I was born in South Boston, but my family is originally from Puerto Rico. They moved to Boston in 1968. We have a very big family–my mother was one of 13 kids and my dad was one of 10. We’ve lived in various Boston neighborhoods including Egleston Square, Villa Victoria in the South End, Dorchester, and Roxbury.

Why did you focus on JP for your store?

Tomas: When I decided to open the business, I looked at JP because if I’m going to do this, I’d rather be close to home. It made no sense for me to try to do this in some other town, where I don’t know anybody. When I saw the Hyde Square location, the old Milky Way, I thought, “this is the spot.” I thought it’s not something that would disrupt the neighborhood because it fits with this neighborhood. It’s not the West End, it’s not Fenway, you know, it’s a real neighborhood.

Have you always wanted to own a business?

Tomas: I’ve actually been an organizer and involved in social and political issues for most of my career. This will be my first business. I started with voter registration in the early 90s, I worked for City Year, I directed a youth center in East Cambridge, I worked with Kevin Fitzgerald (the state rep. before Jeffrey Sanchez) on an urban sports program out of Northeastern, and I’ve been a political director at SEIU. I was the Citywide Latino Liaison for the Mayor’s Office and then Chief of Staff for the Elderly Commission.

I also always had a fever for running for office myself. I ran in 2009 for Boston City Council. I didn’t win, but Tito [Jackson] asked me if I wanted to run his campaign, and I did.

Tell me more about Core Empowerment.

Tomas: The name is actually going to be something different. You’ll find out when we’re ready to open!

So, we’re a standalone retail establishment, which basically means we’re not vertical—we’re not growing cannabis. 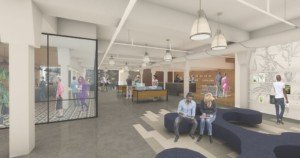 The original partners are myself, April Arrasate, Peri Higgins and Derric Small. We also have a bunch of local investors. A majority of the ownership is women. Overall, 89% of the investors are African American, Latino, West Indian or from the Caribbean.

Our team’s diversity is what sets us apart. The other thing is our social justice cannabis museum, which we actually have trademarked. So once you come in, you’ll be drawn into this experience.

So you’re going from being an organizer to running a cannabis shop. What’s the connection?

Tomas: Part of the Massachusetts law is that it’s supposed to benefit people who have been previously impacted by the war on drugs. Black and brown people. I grew up around it. I lived in a third-floor apartment on Washington Street and I smelled it every day. In the hood, you understood what happens and try to live harmoniously. Everyone basically understood it was just adults doing what they did and not bothering anyone.

But really, what brought me to this point is a combination of all my own personal experience. This is a hot topic and a lot of people want to be in it. I just felt like I could do it. I know the city I know the neighborhood. I knew the team that I was going to construct was more than capable and it’s about great teams. It’s not about one person. If you can surround yourself with good people, smart people, you can accomplish a lot.

We are seeking to hire local JP, Roxbury, Dorchester, Roslindale people, 21 and older. We did an event at Mildred Hailey Apartments a couple of years ago and Gio [Giovanny Valencia, JPNDC Community Organizing Director] later introduced me to folks at JPNDC who do Family Prosperity Services, including helping people get jobs. We’re working with JPNDC to do our first job fair.

How are you changing the old Milky Way space? 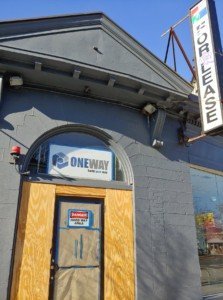 Tomas: We have 90% of the basement. We can’t keep the old spiral staircase, unfortunately, because it’s not compliant. We have to take all that into consideration.

I’m really excited about the museum, which is going to be in the old bowling alley space. The war on drugs has so affected black and brown people. Did you know Billie Holiday was pursued by the people who were doing the anti-marijuana thing? We’re preparing for a lot of exhibits, because we’re not letting anybody who comes in not understand what other people had to go through and still go through as others are making millions of dollars in the legal cannabis industry.

We created a Curating Council made up of both practitioners and experts in specific areas. So, if you’re at Harvard, Northeastern, BC, or BU and you do Criminal Justice Studies, and you have a program that deals with the schools-to-prison pipeline, we want to connect with those people. 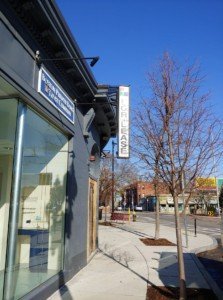 I know you hoped it would be open by now. What’s been hardest about the process?

Tomas: When we first started, there was a lot we didn’t know, and everyone has been learning. So, I guess we assumed that we would submit and things would just move along. But not quite. Even if your application is completed, it’s really just like a deli counter ticket kind of thing! Once you get in line it kind of stops and starts.

What to find out when the job fair is? Contact us at prosperityservices@jpndc.org!