After two decades of renting in Boston, Yoelis and Abner dreamed of owning their own home. Most of all, they dreamed of finding that home in a safe, welcoming neighborhood where their growing family could plant roots.

Four years ago, frustrated and discouraged by their lack of options in one of the country’s most expensive housing markets, they put their names in the City of Boston’s affordable housing lottery. They began to wait. 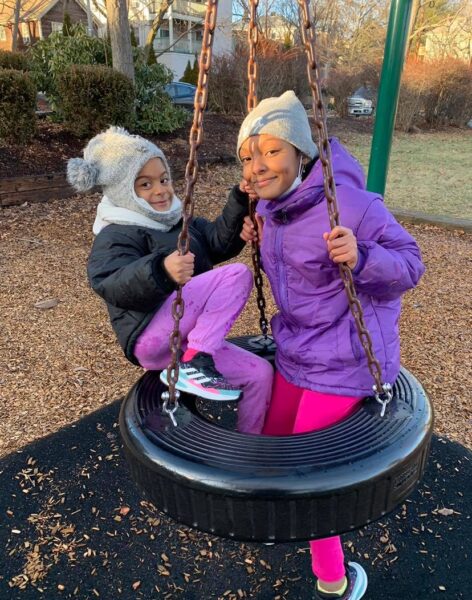 Yoelis and Abner, both from the Dominican Republic, got married 19 years ago. Abner works as a Correctional Officer at the Nashua Street Jail and Yoelis, who ran her own childcare business for 18 years, stays at home with their 6- and 10-year-old daughters.

Shut out of the homebuyer market, they also struggled with finding a decent apartment. Their third-floor unit in Mattapan aggravated Yoelis’ back issues and made it difficult for grandparents to visit. A first-floor apartment in Dorchester solved that problem, but their lives became more difficult because their block wasn’t safe.

“It was terrible. I was scared to be home alone with my daughters, and I hated that I had to keep them from using the playground across the street,” Yoelis reflected. As the girls grew, the two-bedroom apartment felt smaller and smaller. On top of everything, their rent went up.

Finally, a phone call last summer promised to change everything.

Yoelis learned that they had been selected through the housing lottery to tour the Call Carolina condos that JPNDC was building in Jamaica Plain. The homes were selling for between $288,000 and $367,000 in a neighborhood where recent condo sales prices had exceeded $1 million. Were their dreams finally coming true? 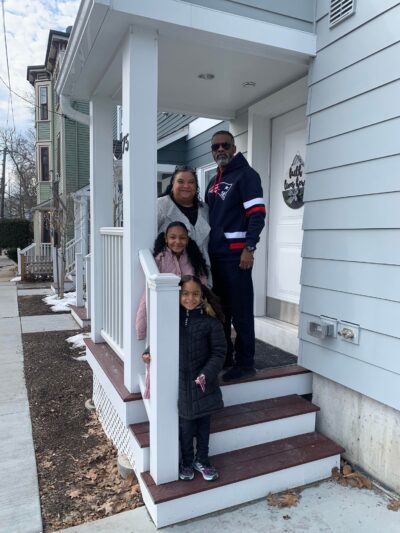 The idea of owning a condo made them a little hesitant at first, since they initially dreamed of owning a home with a private backyard for their girls to play. But they knew it was the chance of a lifetime, one they couldn’t pass up. After all, the cost of their mortgage to own a new construction four-bedroom condominium in Jamaica Plain would be less than their rent for a two-bedroom apartment in Dorchester.

Fast forward a few months. Yoelis and Abner navigated the homebuying process and closed on November 30th. They moved in the very next day, just in time for the holidays!

Yoelis is overjoyed to see a positive impact on her daughters. “I have a peaceful mind when I go to sleep, because I’m sure my girls are going to be safe. I’ve never felt that in my home before,” she said.

“One of my daughters even stopped me a few weeks ago to say she noticed that I was happier here!”

Yoelis and Abner feel their home is the start of a new chapter for the family. They won’t have to move again. Each daughter has her own bedroom–even though they continue to share beds once in a while! The location feels quiet, peaceful, and welcoming. Their extended family members live no more than ten minutes away. 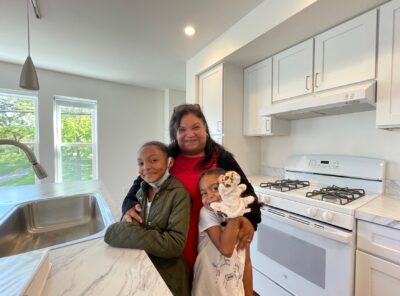 “From when I was born to 31 years old, I lived in the same neighborhood,” Abner reflects. “I take great pride in my community, supporting local businesses, and getting to know my neighbors. I am very protective of the place I call home. Instead of being part of a neighborhood, the neighborhood is part of me. Very quickly, I feel very comfortable in JP and in this home here at Call Carolina.”

Safety, affordability, autonomy, a welcoming neighborhood–all while building equity instead of paying rent. Yoelis and Abner are proud homeowners, and JPNDC is proud to have made their homeownership possible.