When Marquita and her husband took over his uncle’s business in 2004, they were eager to get to work growing NHK Electrical Contracting. But after 10 years of hard work, long days, and a variety of marketing efforts, they felt stuck in the same place where they had started.

“It was hard to get to the next level,” Marquita says.

What that meant for her was getting a large contract that would allow them to hire more people, earn more income, and build their profile in the industry.

Her challenge is shared by countless other small construction-related firms owned by women and people of color: exclusion from networks that include large general contractors.

When Marquita found out about JPNDC, she was ready for a new chance to achieve her goals. 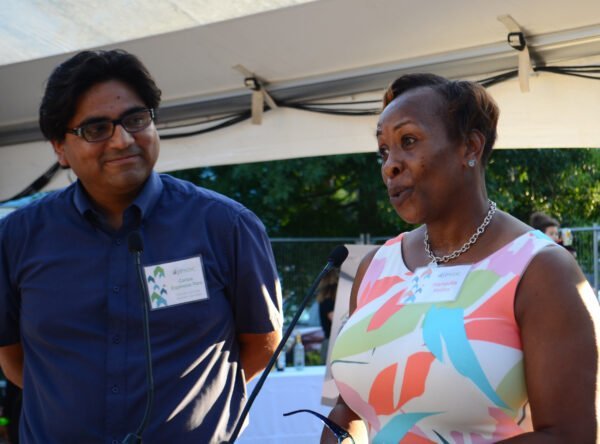 Marquita partnered with JPNDC staff, Carlos Espinoza-Toro, to make an action plan focused on growth. She took a Business Planning Course and created a new business plan. She was awarded a mini-grant from the Mass. Growth Capital Corporation to establish a formalized accounting system. And then JPNDC paired Marquita with an industry mentor, Marc Marcelli of NEI General Contracting, to help open doors and further her growth plans.

“Marc has been amazing,” Marquita says. “He recognized how committed we were and how hard we were working with JPNDC to formalize our operations, and he guided us through the process of submitting a large bid.”

Shortly after, NHK was awarded a $1 million contract, the first of several million-dollar contracts she would secure in years to come. She hired more staff and estimates that NHK has done the electrical work on at least 200 new residential units over the past few years. Finally, Marquita says, she felt she had reached that “next level.”

“We are looking to hire veterans, youth, women,” says Marquita. “Anyone who didn’t think that they could get into this type of business, we’re looking for them.”